All You Ever Wanted to Know About Insurance

Necessity is the mother of all invention. While you could debate whether or not the availability of traditional ales is indeed a necessity, for Co-Founder Alex Buck, the need was real.

During a libatious tour of Europe ten years ago, Alex was taken by the remarkable quality of the local brews and couldn’t understand why the US was so devoid of such tasty concoctions. Unable to get his fix back home, he committed to learning everything about brewing in order to slake his thirst for traditional ales by brewing his own.

Around the same time, Ben Bradley’s love of beer was transitioning from consumption to creation. As he and some good friends watched their first batch of homebrew bubble away on their Chicago apartment’s shoddy stove, they concluded that the only thing that could be more fun than making and drinking beer would be making and drinking beer for a living.

Meeting through a mutual friend, Alex and Ben quickly discovered they shared the same brewing and distilling dreams as well as the desire to lay roots for their families in the Wood River Valley surrounded by the joy and beauty of the mountains.

Warfield Distillery & Brewery was born shortly thereafter, giving both the chance to make a dream reality. Warfield’s goal is to serve the best and freshest beer, liquor, and food. The beer is made with all organic grains and whole leaf hops, the No Return gin botanicals are all organic, and the food is almost entirely locally sourced. Alex lives in Ketchum with his wife, Heidi, and his 4 year old twins. Ben lives in Hailey with his lovely wife, Joanna, and his almost two year old son, Booker. 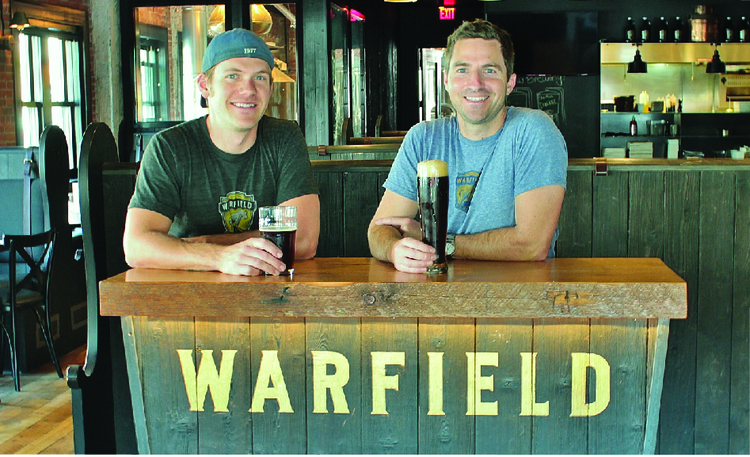 Give us some info and we'll get quotes from multiple companies.